Eepos is the premium product line of the Kalev chocolate factory. Founded in 1806, Kalev has been one of the favourite brands among Estonians through the years. This historical heritage has been both a challenge and an opportunity. Proposed in 2012 by Identity as a line of nostalgia products, Eepos was based on the milk chocolate Kalevipoeg that dates back to 1969. The first step was creating matching designs for two other traditional products, Linda and Kalev, which were followed after their significant commercial success by Suur Tõll, Piret and Leiger. 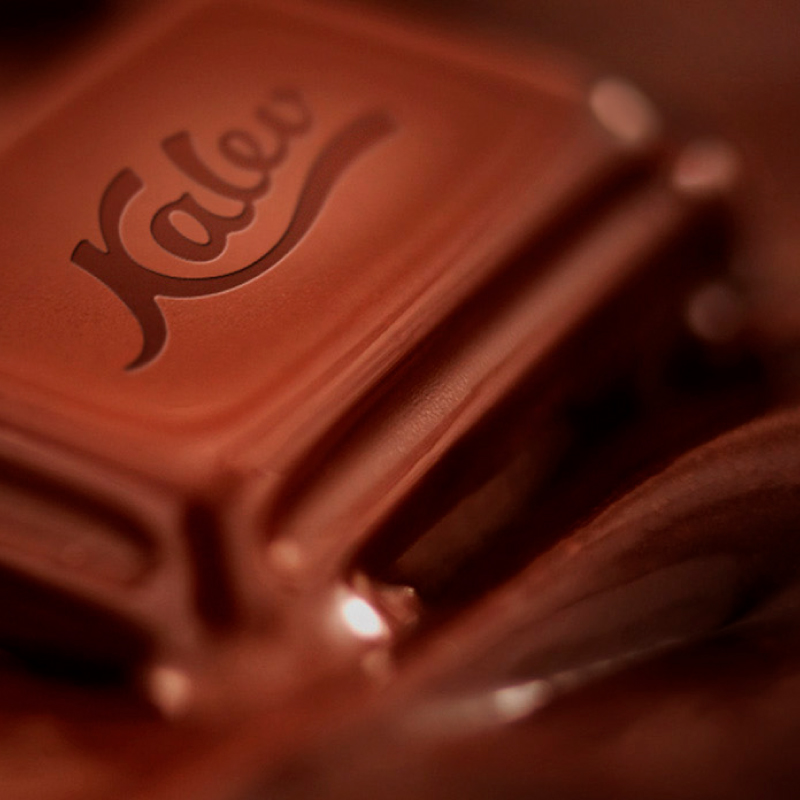 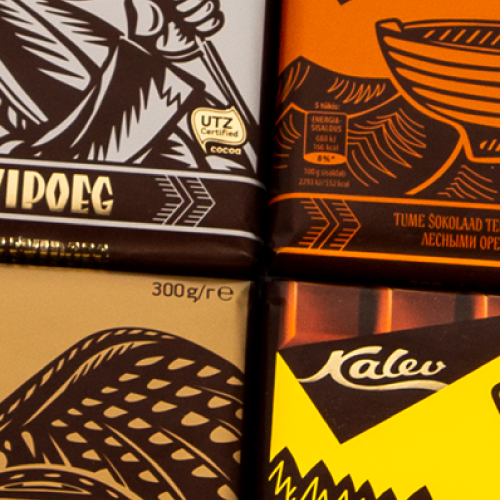 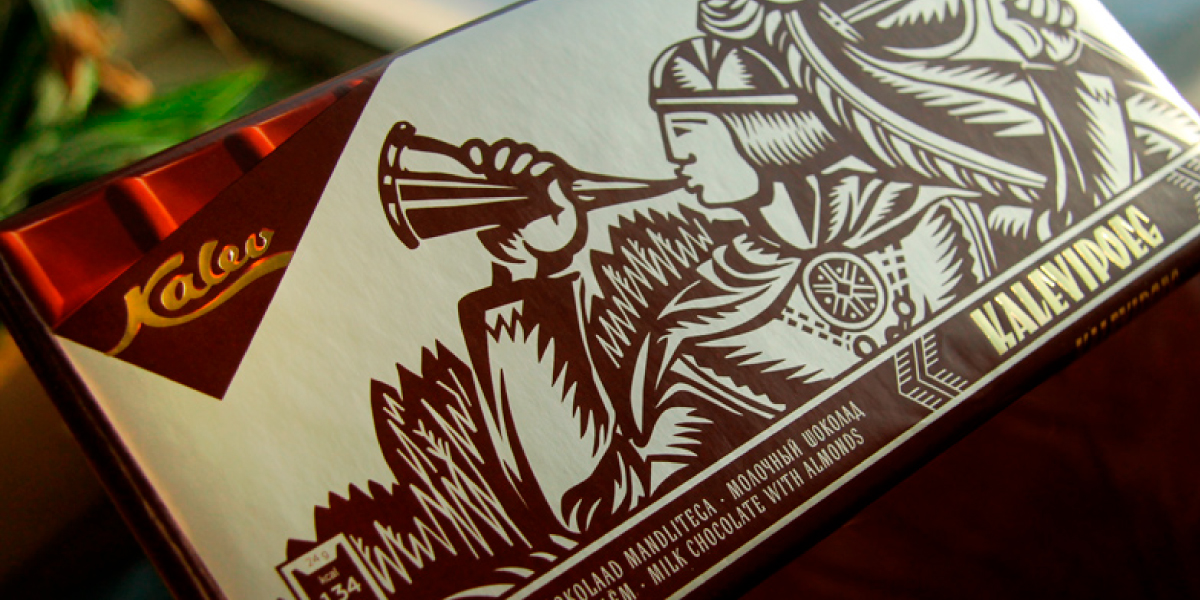 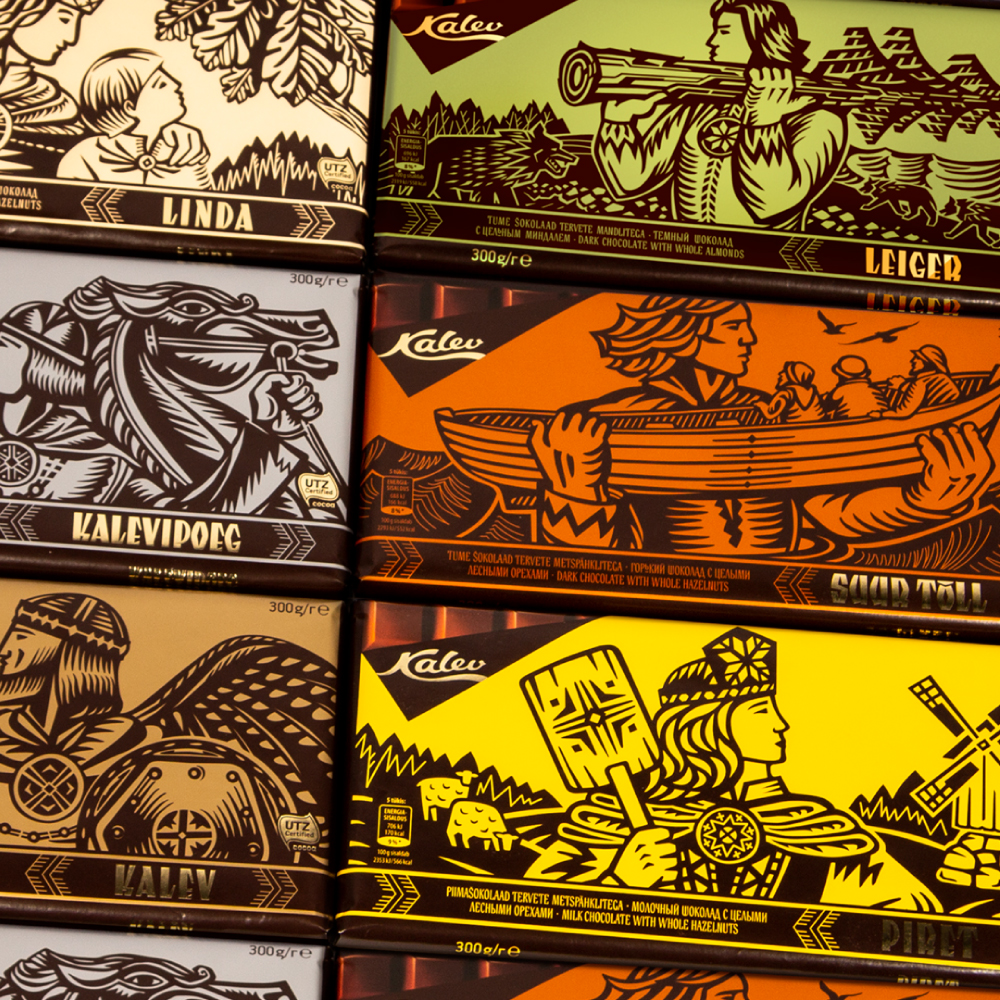 The idea of a product line based on the Kalevipoeg design came from Identity, but there were initially some doubts about its feasibility, because the design is heavily reliant on the illustration created at the time by the artist Ilse Rosenfeld-Lepikson. The initial scepticism was overcome after careful deconstruction of the illustration, which resulted in perfectly organic sequels to the original illustration of Kalevipoeg and convinced everyone to continue with the project.

The product line was also met with caution by the management of Orkla, Kalev’s parent company, as they had doubts about the profitability of the new products. The idea was finally realised thanks to the determination of Kalev’s management team, and Eepos enjoyed significant success on the market after its launch. The sales volume of the three products went up 46% in one year and all three improved their positions in the Estonian chocolate sales ranking: Kalev from 8th to 7th, Linda making the largest jump from 22nd to 4th, and Kalevipoeg from 4th to the top. In the year when Eepos was launched, Kalev won the Growth Prize of the Orkla Group, while Identity earned the silver prize at the Estonian Design Awards. 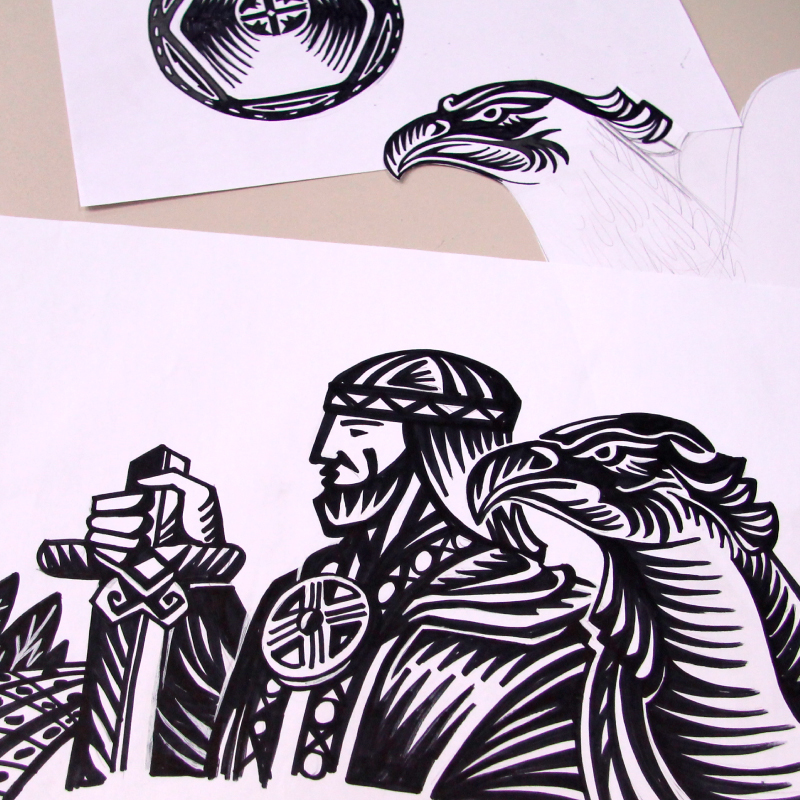 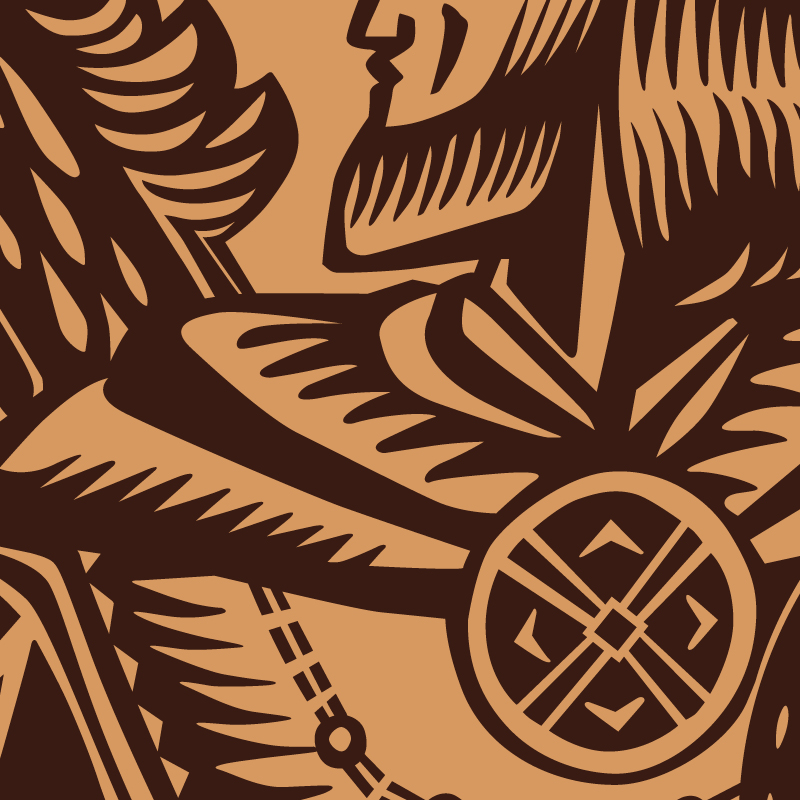 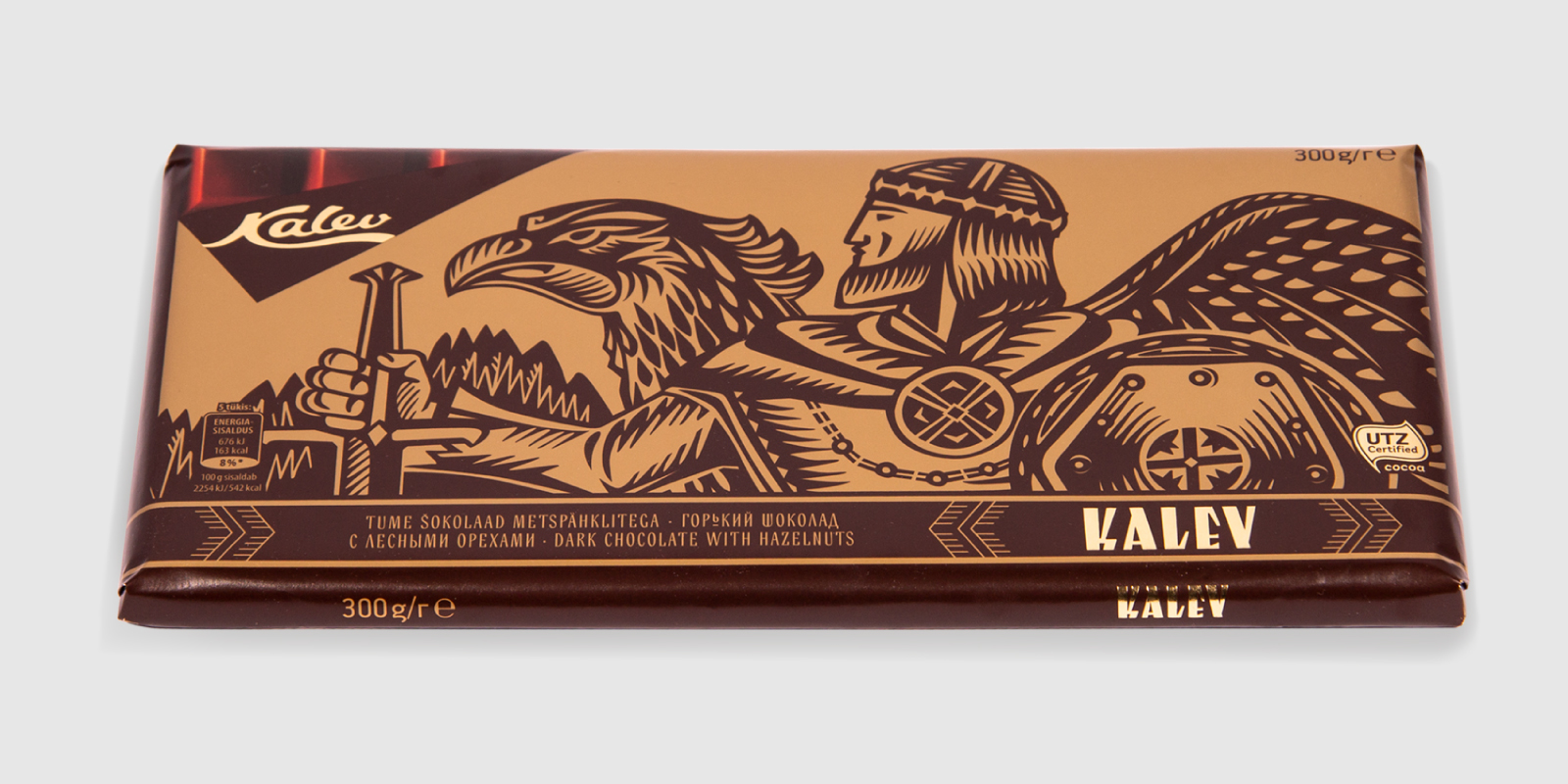 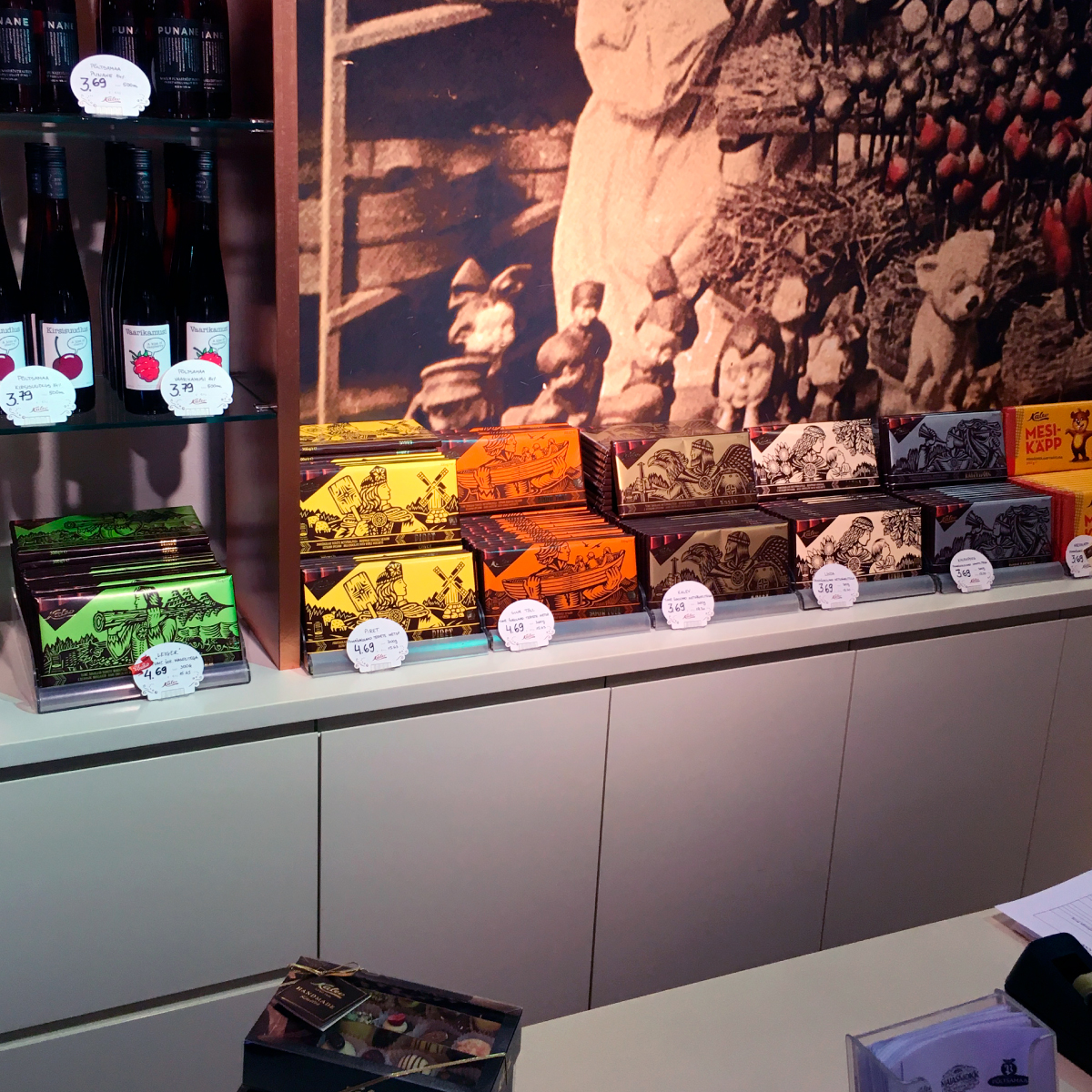 Now including six products, the Eepos product line continues to be popular and is a good example of the importance of mutual trust and entrepreneurial courage for good results in terms of creativity and finances alike.